Best antivirus for Mac in 2019

For the Mac antivirus test we have only tested antivirus packages and internet security packages. There are a great number of combined packages available, for instance MacKeeper, available for €59.95. These type of software packages have a lot of open source tools enclosed in the software. This has a disadvantage that a great number of unused applications will be automatically installed on your PC and cannot be deleted. We recommend that you buy an antivirus or internet security package and download other tools separately if you need them. 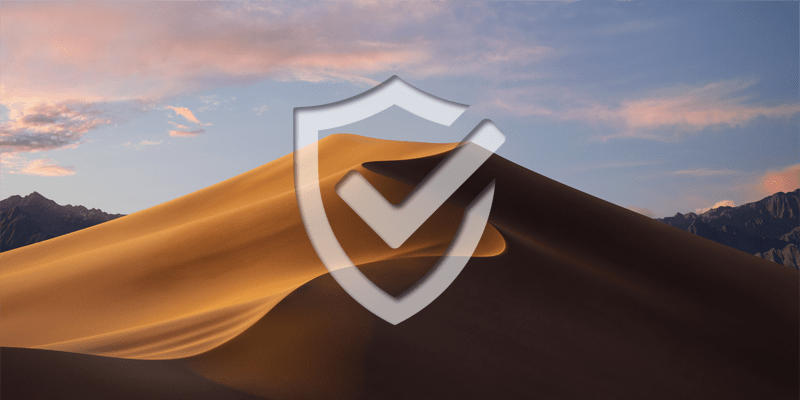 All antivirus software is accurately tested on the following points:

It is important for an antivirus program to do its work properly. For “Protection/reliability” we have checked how accurate it is with the most recent viruses and malware attacks, also known as “zero-day malware”. We have also tested whether the packages give false reports during user actions.

We have used active viruses and rootkits to extensively test the “Removal of viruses and malware”. Besides the detection of threats, the software also needs to be able to isolate and/or delete malware.

For “Stability/PC performance” we have looked at the performance of the system during the start-up procedure and with actions of the user.

The test summary is as follows:

Things to look for when buying antivirus software for Mac

There are large differences between antivirus packages. Just like other consumer products you have good, average and bad products. On this page we review the best antivirus software for Mac at the moment. When it matters, antivirus software can make a difference. It needs to protect when you need it. But the software cannot be a bother during the daily use of your Mac.

In the text below we discuss a number of important points to look out for. Amongst others, the points mentioned are tested in the Mac antivirus test.

These days a good virus scanner does not only protect against viruses, worms, Trojan horses and spyware. It also has to protect against new threats like phishing, e-mail threats and ransom ware. Of course you cannot compare antivirus software to packages as total security, but they have to be able to protect against as many threats as they can.

Antivirus software is complicated and often very extensive with many functions. The best antivirus programs have all the functions that Mac experts like to work with. But they also have to be easy to use for a novice. A good virus scanner works independently so the user does not have to take any action.

The more options for protection an antivirus product offers the better. This gives more possibilities and offers better security, usability and performance.

Antivirus software is only as good as its last update was. Modern antivirus software installs updates independently and continuously downloads smaller updates. This ensures that you are not inconvenienced by it and there is hardly any loss of performance for your Mac. The best developers of antivirus use push updates in their software. This means that the updates are installed on your computer as soon as they are available.

The best antivirus software offers more than extensive manuals. It is very important that, in case of a problem, you can contact the manufacturer with specific questions. The best manufacturers of antivirus products offer good product support online as well as offline. Extra support is offered by telephone, e-mail, live chat and extra means as: FAQ’s and tutorials.

Mac Antivirus: 13 reasons why good Internet security is necessary for your Apple

One of the most persistent antivirus myths is that “Mac computers don’t catch viruses”. To get straight to the point: Mac computers are not immune to viruses, trojans, backdoors, adware, spyware or other malicious programs (malware).

It is true that few successful viruses have been written for the Apple operating system in practice. Because of the nature of OS X and its security model it is more difficult than for Windows. But it’s not impossible!

Over the past years, Apple has considerably gained on its competition in the computer business. This renders OS X a lot more attractive for cyber criminals.

Mac OS X, the supplied applications, and third-party applications have vulnerabilities in their security systems, just like Windows and Linux. Considering that malware:

Do you care whether it was due to a virus, to an attack launched through a website, or to a trojan? However it happened, your Mac is now contaminated with annoying malware or adware that you surely want to get rid of.

Mac antivirus carefully monitors your online activities. On the one hand, by scanning the Internet traffic for programs that show anomalous behaviour. In the automatic setting, the Internet security itself arrests suspect activities. On the other hand, by advising you on the relative safety of the webpages you want to visit. In search engines such as Google you will see immediately what pages are safe and which aren’t.

Phishing websites fish for personal and confidential information. They tempt you to abandon log-in data, or even banking information. You’ll receive, for example, an e-mail from what seems to be your trusted bank, with a link in it. Before you know it, you’ll be re-routed to the “official” website. The site is in fact fake and is being run by hackers. Leaving your data with the wrong people once can have dramatic consequences. Ransomware takes it a step further by kidnapping certain parts of your computer. They are released again against payment of a ransom. Phishing attempts and ransomware usually are difficult to identify and resolve on your Mac. Virus scanners have advanced tools that stand up to the challenge.

Malware on your Mac is one thing. Continuous access to the Web amounts to a bigger threat. Criminals, for example, hack your personal data through your browser. Apple, admittedly, is running a more orderly shop than other computer companies. The built-in security mechanisms of OS X function more efficaciously than in Windows. But hackers are still able to gain access to your Apple Mac, and all of your personal files.

You often lack the time to keep track of your child’s online behaviour. The well-known Mac Internet security apps do this for you. They tell you immediately, or afterwards, what websites have been visited. Or they intervene when your son or daughter is about to visit a website with damaging content. You can also limit the time your children spend on the Internet. More expensive packages take it one step further. They dispose of scan tools that search social networks such as Facebook for settings that reveal undesirable levels of personal information about your kids.

Advanced malware can use your Mac computer as a starting point to infect other Windows or Linux computers. For example through e-mail or a USB-stick. In order to combat these covert, malicious programs some Mac anti-virus software scans for Windows and Linux malware. Your Mac remains tidy and you’ll remain close to your contacts.

Compared to Windows, there are few viruses and other malware for OS X. Windows and Linux malware is still a nuisance for your Mac. Malevolent software might not operate on your system, but it does occupy disk space and slows the system.

Firewalls go beyond standard protection. They manage the data flow from and towards your Mac. Though OS X is supplied with a proper firewall, the latest generation of Mac anti-virus products add to it a powerful functionality.

Connected iPads, iPods, and iPhones are scanned to make sure nothing is hiding among your apps.

Let’s be frank: Apple Mac computers are pretty pricy. It can’t hurt to dedicate some extra care. After all, you keep your valuable possessions under lock and key, don’t you?